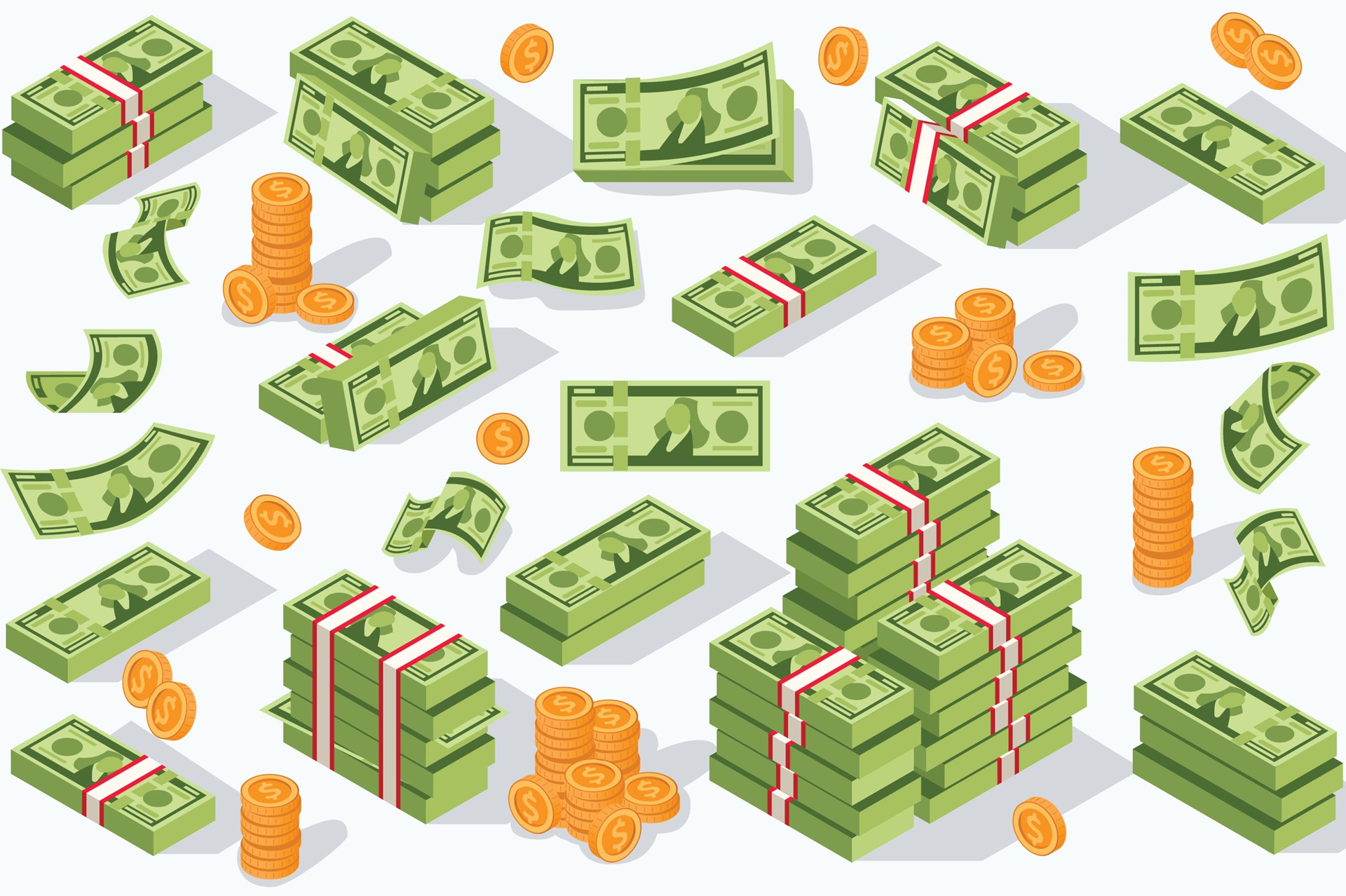 The Rich and the Poor Under Capitalism

You might have heard the phrase, “the rich get richer and the poor get poorer.”

Yes, it’s true that the rich (tend to) get richer, but the poor get richer too—especially if we look at a time span of decades or longer, and if we focus our attention on people living in countries where governments adhere to a basic respect for the rule of law and property rights.

Consider: Even those who would be called “poor” in today’s Europe or the United States have a standard of living that would astonish the nobles entertained in the Court of Versailles of Louis XIV (who lived from 1638-1715). Forget about private jets, air conditioning, television, wifi, or automatic elevators: the guests of the famous Sun King didn’t even have flushing toilets, which reportedly caused serious problems at heavily attended parties. Nutrition and medical care wasn’t the best back then, either: Of the six children Louis XIV had with his first wife, only one survived to adulthood, and even he died (at age 49) before his father, such that (because of other early deaths) the crown passed to Louis XIV’s five-year-old great-grandson upon his own death.

“Okay, sure,” you might hear. “Inventors make discoveries every now and then, so over the course of centuries that piles up and even average people end up richer. That’s just the operation of science and technology. But I’m talking about the economic process under unregulated capitalism, which is characterized by stagnation for most participants.”

Actually, that summary gets things backwards. For most of recorded history, humans had very slowly rising living standards, but then material progress suddenly exploded: 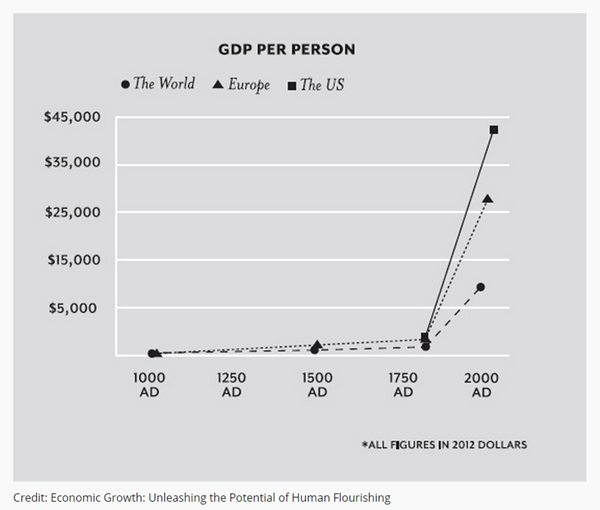 As the chart makes clear, our current living standards vis-a-vis the nobles at the Palace of Versailles is not merely due to routine technological inventions; the progress in the last few centuries is literally unprecedented. In a 2016 New York Times column, economic historian Deirdre McCloskey explains the astonishing surge in economic growth in this way:

[A] mere idea, which the philosopher and economist Adam Smith called “the liberal plan of equality, liberty and justice.” In a word, it was liberalism, in the free-market European sense. Give masses of ordinary people equality before the law and equality of social dignity, and leave them alone, and it turns out that they become extraordinarily creative and energetic.

The Problem of Inequality

“Yes,” you might hear, “we know socialism doesn’t work, and that the modern capitalist approach gives people an incentive to build and keep great fortunes. But those ‘per capita’ figures hide the massive inequalities in a largely unregulated system. Capitalism is great at producing but not at distributing fairly.”

Again, this misreads the historical record. It was precisely the “lower classes” who benefited the most from the economic progress unleashed in the so-called Industrial Revolution and beyond. Yes, the “captains of industry” personally became quite rich, but the rise of big business primarily benefited the working class. After all, the titans of industry engaged in “mass production” in order to sell products to… the masses.

For example, in the United States during the “Roaring ’20s”—and under the laissez-faire administration of Calvin Coolidge—regular American households saw a fantastic improvement in their quality of living. Gene Smiley explains: “A key to much of this growth was the spreading use of commercially generated electricity,” which in turn allowed average consumers to obtain “refrigerators, phonographs, electric irons, electric fans, electric lighting, toasters, vacuum cleaners, and other household appliances.” (Gene Smiley, Rethinking the Great Depression (Chicago: Ivan R. Dee, 2002), pp. 5-6.)

“Fair enough, there may have been some low-hanging fruit when regular households didn’t have the things we now take for granted. But in more recent history, the forces of unrestrained liberalism are actually hurting the most vulnerable. Maybe not in the United States and other advanced countries, but certainly in poorer countries that are often exploited in international affairs.”

On the contrary, this too gets the facts backwards. As the World Bank reports, the global rate of “extreme poverty” (defined as people living on less than $1.90 per day) was cut in half from 1990 to 2010. Back in 1990, 1.85 billion people lived in extreme poverty, but by 2013, the figure had dropped to 767 million—meaning the number of those living on less than $1.90 per day had fallen by more than a billion people.

The following chart summarizes the overall progress of humanity in shrinking the problem of extreme poverty:

Of course, there is more work to be done on this front, but the spread of market institutions (sometimes disparaged as “neo-liberalism” and “globalization”) have gone hand-in-hand with rapid and unprecedented increases in human welfare, even for the poorest among us.

This article was originally published at Fee.org. Robert P. Murphy is research assistant professor with the Free Market Institute at Texas Tech University and a Research Fellow at the Independent Institute.