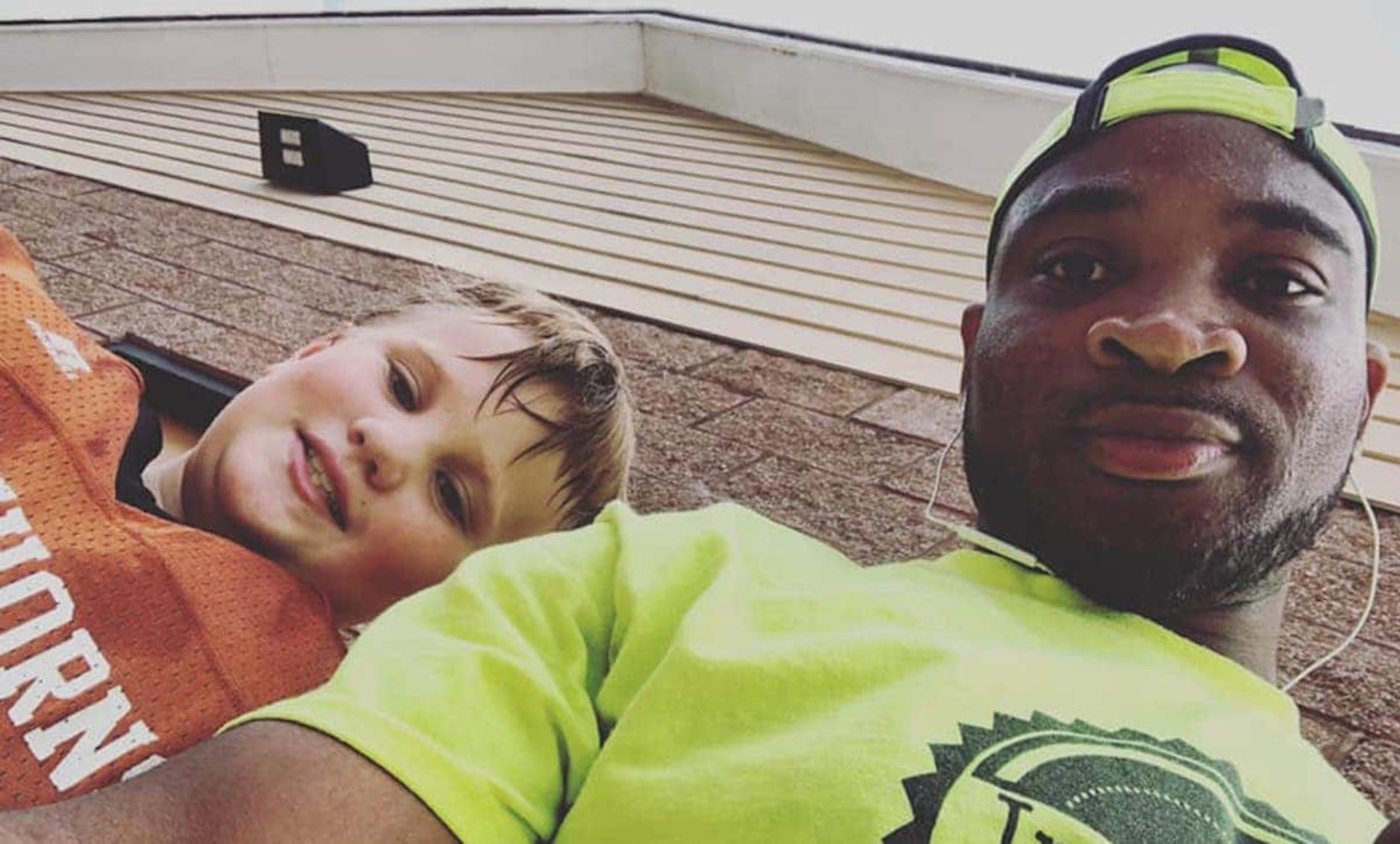 Following in the footsteps of this year’s BBQ Becky and Permit Patty, a Tattletale Tammy emerged this week in Marietta, Georgia, when she called the police on a black man babysitting two white children.

Corey Lewis, who runs a youth mentoring program, was looking after a boy and girl as a favor to their parents, the children’s mother told NBC News after the incident. Lewis said he was out running errands and eating with the kids, and that he first noticed the woman staring at him when they returned to his vehicle. Shortly after, she pulled up alongside him in her own car and asked him if the children were “OK.”

“Why wouldn’t they be OK?” he says he responded.

According to Lewis, the woman left but returned shortly after, demanding to speak to the older child. He says he refused to let her speak to the young girl because she was a stranger, and she told him she was taking down his plate number. She ultimately followed him for an hour as he drove home, proceeding to call the police on him.

Lewis live-streamed the ordeal once he pulled up at his residence, showing the children in the back seat of his car and noting how scared they were.

“[I was] just frozen in fear…I had no idea what was happening,” Addison, the older child later told NBC News.

Lewis then films the woman in her car off in the distance, commenting that she shied away from pulling up directly behind him. “Followed me all the way home,” he said. “She won’t pull up, though.”

She called the police, who showed up to talk to Lewis. When the officer asked him what was going on, he told him he was being followed and harassed. The officer eventually called the children’s parents.

As the mother told NBC News, “He was doing us a favor. How they ended up on the side of the road being spoken to by police was just something that I couldn’t wrap my head around.” The children were also rattled by the experience.

It seems readily apparent that race factored into the currently unidentified white woman’s decision to follow Lewis and call the police on him—to suggest something “weird” and presume the authority to question two children she didn’t know in the name of looking out for them. As Lewis said, he believes she did so because he had “two kids with me that don’t look like me.”

While her actions may have stemmed from genuine concern—blended with prejudice, whether conscious or not—they also stem from the growing tendency of individuals to appeal to government authority in order to tattle on what they view as “bad”—or even potentially bad—behavior.

In the case of BBQ Becky, black men were having a cookout in a park in a “non-designated” area. With Permit Patty, an eight-year-old black girl was engaging in entrepreneurship to sell water bottles—but without government approval. Calling the police seems the default reaction, whether on a young black boy mowing lawns or a black woman helping a homeless man.

In this case, although the woman may have sincerely feared for the kids’ safety, she ended up calling the police on a professional mentor after harassing him herself.

Without Big Government, Racism Has No Real Power

While many see racism everywhere in America—and many others believe this narrative has gone off the rails into paranoid hysteria—one thing is clear: whatever racism that does exist would not be as potent without big government. After all, slavery was enforced by the federal government. And Jim Crow laws mandated institutionalized racism. Labor unions, too, have been accused of molding racist labor practices throughout the 20th century.

Individual acts of racism, as well as collective ones (such as those committed by hate groups), are troubling, and that ugly hatred must be addressed at a fundamental level. But equally concerning—and perhaps more destructive—is the way those individual racists impose their collectivist views on those they unreasonably hate.

Without the authorities to appeal to—and without government rules to cite—what could the BBQ Beckys and Permit Pattys have actually done? Without a big government to sic on those they discriminate against, whatever racism they harbor would be toothless.

In the recent case of Tattletale Tammy, there may not have been a petty city code in question, but the general license granted to law enforcement officers to get up in people’s business still empowered her prejudice.

As an NBC anchor discussed, many internet users reacted to the videos by making the point that in modern America, Lewis could have been their stepfather or simply the father in an interracial marriage (in another example of the horrors of imposing racism through government, those used to be banned, too).

The Phenomenon of Tattletale Tammy

In addition to the ability of racists to wield power through the state, another worrisome trend in American society is that of “tattling” to the government in general. This applies to calling the police when race has nothing to do with it, from reporting young entrepreneurs “illegally” selling lemonade or complaining about a mother letting her eight-year-old walk their dog around the block without supervision.

This reliance on the state starts early. Children are not allowed to learn to resolve disputes with one another through communication. Rather, they are trained to immediately call upon authority figures to solve their problems.

As Zak Slayback wrote for FEE shortly after the Permit Patty incident in June:

What should we expect after putting people in an environment for the first two decades of their lives that rewards a no-questions-asked deference to authority and being a tattletale? Schools deprive young people of practicing the skill of dispute resolution, compromise, and negotiation. In lieu of encouraging students to come to resolutions with each other, schools reward taking problems to formal authorities who then hand down decisions with few or no alternatives for recourse.

Whether it’s calling the police on children selling lemonade or water or making racist assumptions and using the state to act on them, Americans’ growing reliance on government—and eagerness to involve agents of the state—reflects a hard fork away from personal responsibility and respecting each other’s individual freedom.

As much as the case of Corey Lewis reveals America’s ongoing problems with racism, so too does it uncover an equally threatening problem with the growing submission to and reliance on government authority that, as Slayback put it, has “a chance of ending in shots fired.”

This article was originally published at Fee.org. Carey Wedler is a video blogger and Senior Editor for Anti-Media.