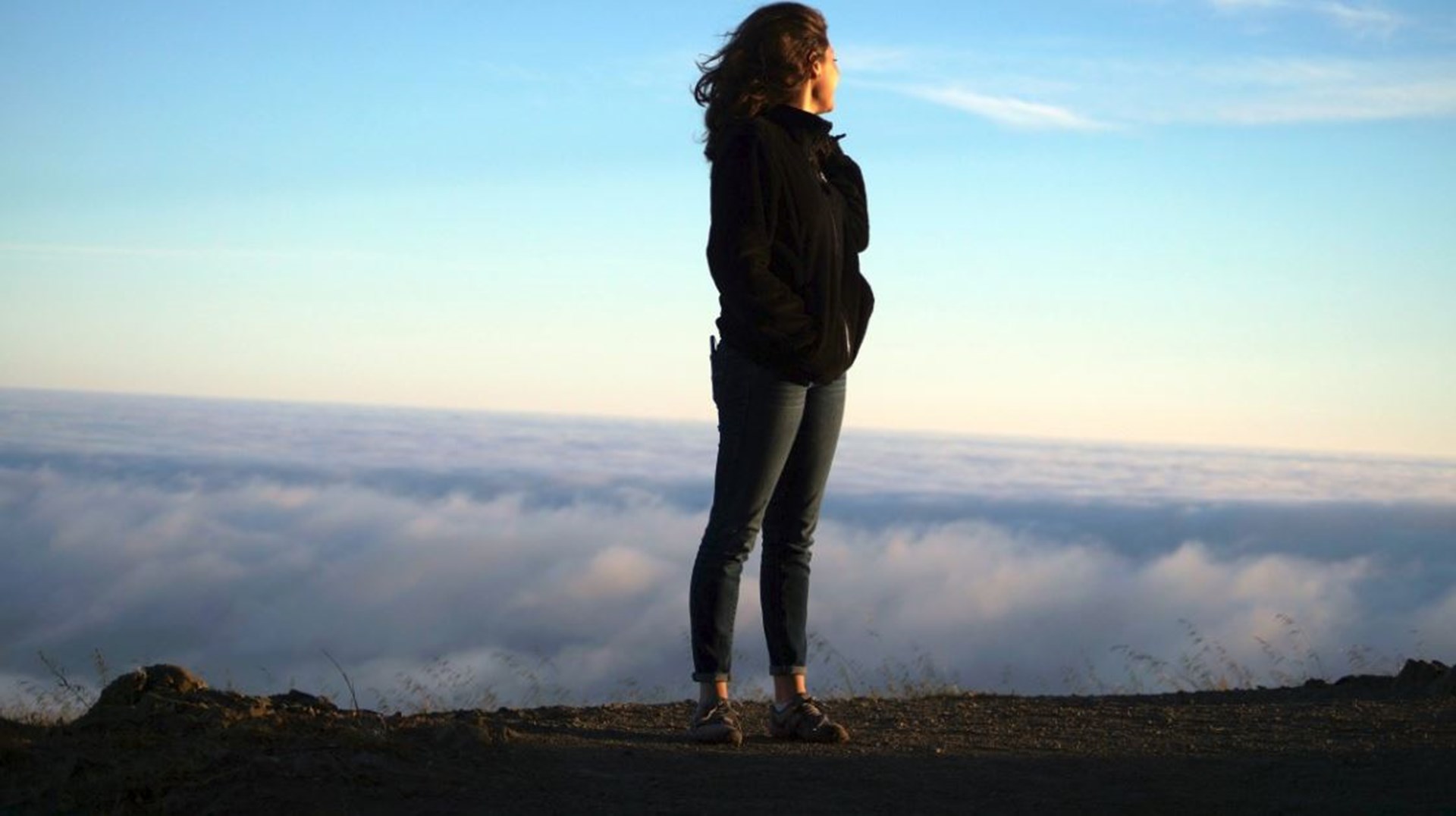 So for a few months before it starts up again, the silly season known as an election campaign is over. Of course I’m grateful that we as citizens have some say in who gets the “honor” of governing us. It’s arguably better than a despotism in which the despots get to choose the governed and eliminate the rest. However, I still come away from every election shaking my head in sadness that so much energy, resources and gab were expended for so little.

Did your guy win this past Tuesday? Did your party emerge victorious? The answers to those questions are quite often not the same as the answer to this question: Will the country be any freer or more civil or more prosperous because of the election outcome?

It’s a sad commentary that politics consumes so much of our lives these days, but it’s the natural and inevitable outcome of having granted politics such a commanding role in the first place. How foolish it is to expect bigger government to ever produce better government, quieter government or kinder, gentler government!

Which candidates won was decided in Tuesday’s elections but exactly what was won is yet to be determined. For some thoughts on what it might truly look like to win from a pro-liberty perspective, I draw here from an old FEE essay of mine from many years ago. Its principles are as relevant as ever.

Are we winning?” That’s the query I hear almost every time I speak to an audience about liberty and the battle of ideas. Everyone wants to know if we should be upbeat or distraught about the course of events, as if the verdict should determine whether or not we continue the fight. Too many friends of liberty rely on the prevailing wind to tell them whether, when, and how to proceed—and even how to feel about it at any given moment.

Personally, I take a long-term, optimistic, even-tempered, and self-directed approach that doesn’t depend upon the rest of the world. Each of us ought to do all we can to advance the cause and then let the proverbial chips fall where they may, taking comfort in the fact that we did our best as individuals, regardless of the outcome.

Moreover, I remain supremely confident that, as FEE’s Leonard Read put it, “truth will out” and liberty will indeed triumph because it is right. Pessimism is a self-fulfilling opiate anyway, so I never let it enter my mind.

But this invites an even more important question, one posed to me recently when I cited powerful intellectual trends as evidence that we are indeed winning. The question was, “How will we know when we’ve won?”

In the largest sense, “winning” means achieving a civil society in which people both preach and practice respect for life and property. It means we each mend our own ways and mind our own business. It means we rely upon voluntary association and individual compassion, not coercive arrangements and political redistribution. It means minimal government and maximum self-reliance. And when we get there, the battle of ideas will still not be over because people, being less than perfect, can always unlearn the truths they’ve learned.

In a narrower, more concrete sense, we’ll know we’ve won when very specific changes–in thought and policy–have come about. I’ve compiled a few here in a list that is by no means complete.

When “liberalism” once again is synonymous with liberty

In his History of Economic Thought, Joseph Schumpeter noted that liberalism initially described the view of those who believed that “the best way of promoting economic development and general welfare is to remove fetters from the private enterprise economy and to leave it alone.” In today’s American parlance, it means quite the opposite. Schumpeter regarded it as “a supreme, if unintended, compliment” that “the enemies of the system of private enterprise have thought it wise to appropriate its label.”

Liberalism is too good a term to allow it to be the booty of statists. Let’s retake it, and let those who fight to preserve the failed big government status quo be known as the real reactionaries. When that happens, we’ll have won much more than just the semantic high ground.

Government employment, even when the employee is running roughshod over the rights and property of others, wears the prestigious mantle of selfless service to humanity, a cut above what motivates people who don’t work for the government. But in many cases, a government worker’s genuine public service actually begins when he secures an honest living in the private sector—producing goods and providing services that improve the lives of others who patronize him because they choose to, not because they’re forced to.

Conquering diseases, inventing labor-saving devices, feeding and clothing millions, and countless other private, often profit-motivated activities are no less indicative of service to the public than just about anything the government does. The next time someone tells you he’s running for office or seeking a government job, ask him if this means he is planning to leave public service.

When an “entitlement” is a paycheck, not a welfare check

My hat’s off to whoever started the bad habit of calling government handouts “entitlements.” The term cleverly solidifies and perpetuates the very programs it labels–programs that take something of value from those who earned it and bestow it on those who didn’t earn it and may even value it less.

A paycheck for work performed is a genuine entitlement. A claim against that paycheck by those who would rather vote for a living than work for one is neither genuine nor something to which one is entitled in a free society. Let’s correct the thought patterns that allow the current misuse of the term to undergird the modern welfare state.

Almost everyone favors lower taxes, at least for himself, but that doesn’t necessarily mean everyone also favors less government spending. Sometimes, the same people who advocate lower taxes are in line for whatever they can slurp from the public trough.

It’s not enough to ask your congressman not to take from you. You must also demand that he not give you anything either, at least nothing that isn’t rightfully yours in the first place.

When government stops distributing its coercive powers to special interests

Government isn’t the only outfit that employs legal and often unwarranted force against people. Others do it, too, if government first grants them the power. Special privileges emanating from law still permit labor unions to coerce workers into their ranks. Subsidies and special favors to certain businesses disadvantage competitors and harm consumers. Foreign aid robs citizens of their tax dollars at home while empowering corrupt regimes abroad. Using government to get something at other people’s expense or to put yourself in a position you could never achieve voluntarily in an open marketplace is a full-time occupation for an appalling number of people.

If every person set about to make himself a model citizen, he would have a full-time, lifetime job on his hands. Many succumb, however, to the temptation to meddle in the affairs of others—and even the best of intentions often end up yielding conflict and harm.

The steady progress of mankind derives from the progress of individual men and women who, one at a time, decide to make the best of the talents and abilities with which they are blessed. Be a model, not a burden, and watch how quickly you encourage others to be the same.

Today’s civics texts are pointless pablum at their best and downright hostile to a free society at their worst. School children are often taught that being a good citizen means voting no matter what it is you’re voting for; that giving stuff away is more virtuous than creating it in the first place; or that seeking political office is more noble than starting a company.

In my mind, the most important elements of good citizenship are these: deal with your fellow citizens peacefully and voluntarily; build your character so you’re a positive example for your family and friends; make liberty your life philosophy; and instead of being one of liberty’s many free riders, be one of its most active and personal supporters through your courage, philanthropy and activism. Yes, good citizenship has everything to do with liberty and its principles. Indeed, without liberty, “good citizenship” means nothing.

A pretty tall order, you say? Yes, it is, and there are plenty of other benchmarks I could have added to this list to make the order even taller. Few things that are worthwhile are attained or retained easily. Winning the battle for liberty is among the most animating contests I can imagine, in part because the benchmarks along the way are as right as is the ultimate objective. It all comes down to respecting others—their rights and choices as peaceful adults—at least as much as you respect your own.

This article was originally published at Fee.org. Lawrence W. Reed is president of the Foundation for Economic Education and author of Real Heroes: Incredible True Stories of Courage, Character, and Conviction and Excuse Me, Professor: Challenging the Myths of Progressivism.