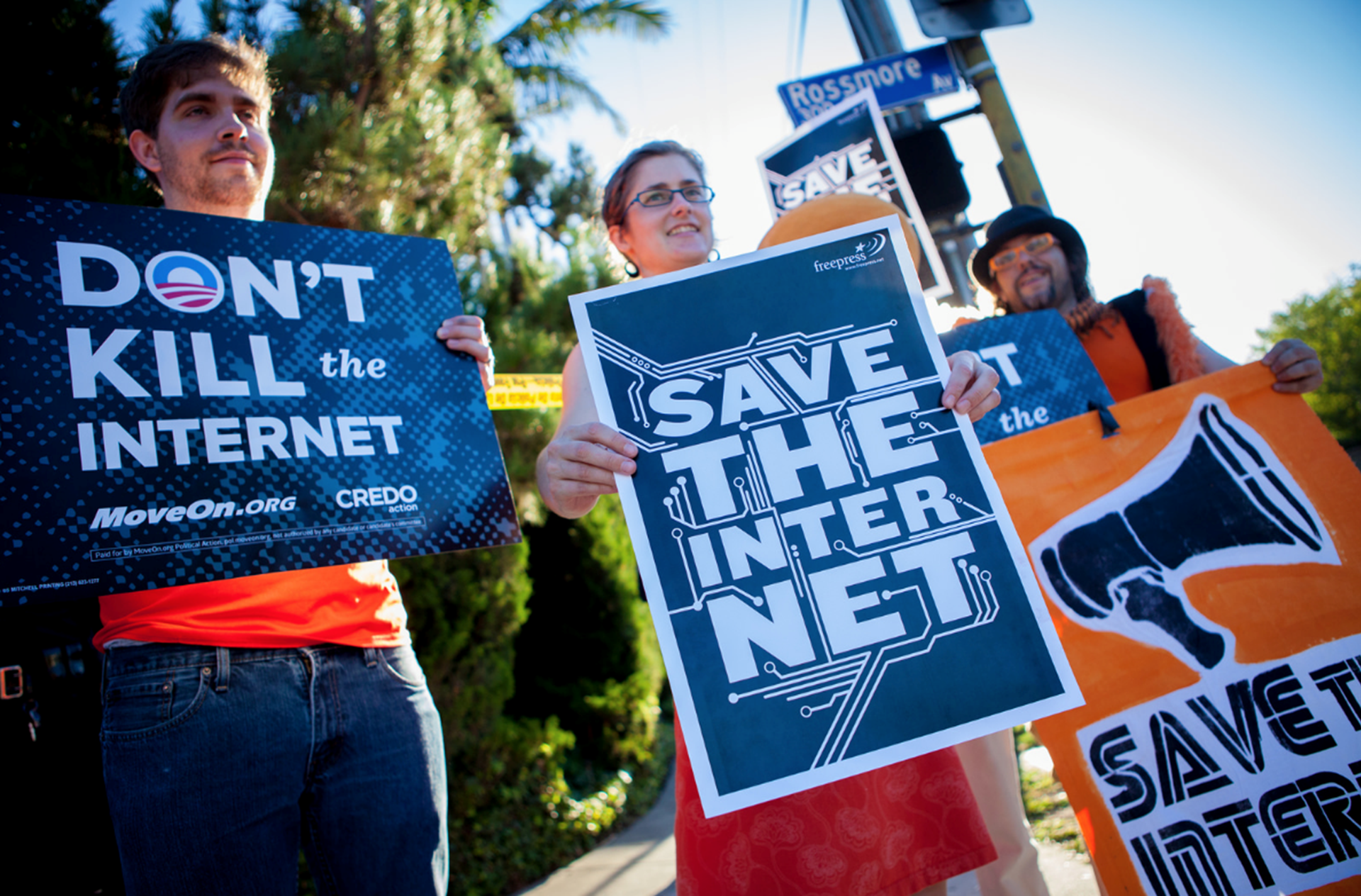 [This article was originally published on December 18, 2018 at Fee.org. Brittany Hunter is a senior writer for the Foundation for Economic Education.]

This month marks one year since the FCC repealed the controversial net neutrality rules, officially killing the internet as we knew it forever — or so net neutrality proponents would have liked you to believe. But as we take a closer look at what has actually happened in the year since the rules have been abolished, we find that the (often hysterical) rhetoric doesn’t reflect reality at all. On the contrary, the internet has actually improved since regulations were relaxed.

The internet has been a household commodity available for public use since August 6, 1991. However, according to net neutrality’s most fervent supporters, the internet didn’t truly take off until February 2015, when the FCC passed and adopted the new rules.

In both the lead up to the vote on net neutrality and its subsequent repeal, mass hysteria ensued in which many people were honestly convinced that without government intervention, all the online services we enjoyed would cease to exist. In an article called “How the FCC’s Killing of Net Neutrality Will Ruin the Internet Forever,” the magazine GQ even went so far as to say:

Think of everything that you’ve ever loved about the Internet. That website that gave you all of the Grand Theft Auto: Vice City cheat codes. YouTube videos of animals being friends. The illegal music you downloaded on Napster or Kazaa. The legal music you’ve streamed on Spotify. …The movies and TV shows you’ve binged on Netflix and Amazon and Hulu. The dating site that helped you find the person you’re now married to. All of these things are thanks to net neutrality.

It’s rather shocking that this sentiment was so widely accepted as truth considering that every single one of the listed examples existed prior to net neutrality. In fact, the only reason the internet was able to become such an integral part of our lives was that it was left virtually untouched by regulatory forces. And since spontaneous order was allowed to occur, internet users were blessed with unbridled innovation that brought forth a robust variety of services, which GQ prefers to attribute to government action that wasn’t taken until nearly 24 years after internet use became the norm.

These small details were, of course, ignored by much of the public, and the panic continued. The ACLU joined the frenzy, telling readers that without net neutrality we “are at risk of falling victim to the profit-seeking whims of powerful telecommunications giants.”

We now realize that these dire warnings never actually came to fruition, reminding us just how absurd the push for net neutrality rules was in the first place.

What Is Net Neutrality?

Net neutrality sought to define the internet as a public utility, putting it in the same category as water, electric, and telephone services. Doing so left it open to regulatory oversight, specifically when it came to connection speeds and the price providers were allowed to charge consumers for its use.

The new rules mandated that each internet service provider was henceforth forced to provide equal connection speeds to all websites, regardless of content. Prior to its passage, providers had the freedom to offer different connection speeds to users, including the option to pay more for faster speeds on certain websites.

If, for example, Comcast noticed that a majority of its users were streaming content on Netflix, it might offer packages that charge extra for the promise of being able to connect to the site at quicker speeds. In reality, this is just the market responding to consumer demand, but not everyone saw it this way. Others saw it as an abuse of power by “greedy” internet service providers.

For almost a century, our law has recognized that companies who connect you to the world have special obligations not to exploit the monopoly they enjoy over access in and out of your home or business. It is common sense that the same philosophy should guide any service that is based on the transmission of information — whether a phone call, or a packet of data.

Unfortunately for those who think net neutrality rules are a good idea, the railroad industry serves as a perfect example of just how hazardous declaring consumer goods “public utilities” can truly be.

Like the internet, railroads changed the world by connecting us with people, ideas, and goods to which we did not previously have access. In 1887, the Interstate Commerce Commission (ICC) was created specifically to regulate railroads in order to “protect” consumers from falling prey to the “profit-seeking whims” of the railroad industry. Much like today, the concern was that powerful railroad companies would arbitrarily increase rates or partner with other companies in a way that harmed consumers, just like the aforementioned Comcast/Netflix example. And as a result, the ICC made the railroads public utilities. But the ICC ended up doing more harm than good.

As Robert J. Samuelson of the Washington Post writes:

The railroads needed ICC approval for almost everything: rates, mergers, abandonments of little-used branch lines. Shippers opposed changes that might increase costs. Railroads struggled to meet new competition from trucks and barges. In 1970, the massive Penn Central railroad — serving the Northeast — went bankrupt and was ultimately taken over by the government. Others could have followed.

Without the freedom to innovate and provide the best possible service to consumers without having to first jump through a series of regulatory hoops, the railroad industry’s hands were tied, and progress was stagnant.

In 1980, the negative impacts became too much for even the government to ignore, and the ICC was abolished. Shortly thereafter, the industry recovered. Not only did freight rates and overall costs decrease, but railroads were also finally able to make a profit again — something that became a struggle in the wake of the ICC’s creation. In other words, the repeal of regulatory oversight resulted in a win-win situation for all parties involved. And it appears the same is true of the repeal of net neutrality.

You’ve Got to Admit It’s Getting Better

If we were to believe the hype being spread last year, by now the sky should have fallen and the internet made obsolete or exorbitantly expensive, as Banksy implied, from the lack of oversight. But that has not been the case. Instead of costs skyrocketing or connection speeds slowing down, things have actually gotten much better.

According to Recode, internet speeds actually have increased nearly 40 percent since net neutrality was abolished. Uninhibited by government regulations, service providers have been free to expand their fiber optic networks, allowing for greater speed:

Finally some good news: The internet is getting faster, especially fixed broadband internet. Broadband download speeds in the U.S. rose 35.8 percent and upload speeds are up 22 percent from last year, according to internet speed-test company Ookla in its latest U.S. broadband report.

You’d think this news would have inspired a slew of “oops, we were wrong” articles to be written by those who worked so diligently to spread fear in the lead-up to the repeal. But this has not been the case.

Wired, which published many articles in favor of net neutrality, did publish an article called “A Year without Net Neutrality: No Big Changes (Yet),” where it admits that none of the scary predictions actually came true. But it still clung to its paradoxical belief that an internet free from regulation is not truly free.

Whether the naysayers are willing to admit it or not, less government regulation results in better outcomes for both companies and consumers. So the next time we are told that a lack of regulation is going to be the end of life as we know it, we would do well to remember what really happened when the government finally freed the internet from its grasp.