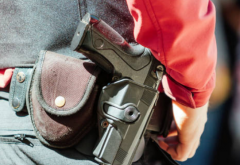 The news in Latin America this year has brought two reminders that Latin America’s stringent gun controls have not stemmed the growing homicide problem in many parts of the region.

The first is that homicides reached new highs in Mexico this year , reaching record levels not seen since the country began keeping records twenty years ago.

Secondly, violent crime became a significant issue in this year’s presidential race, with president-elect Jair Bolsonaro running on a platform of fighting crime, pledging to “use the army” if need be.

In both cases, crime continues to soar in spite of the fact that both Brazil and Mexico are anything but what we might call “laissez-faire” when it comes to gun ownership. Indeed, both employ stringent gun control regimes — as do most of Latin America’s states.

These fact[s] have long presented a problem for advocates of gun control, of course, since their arguments often rely on the idea that reducing gun ownership will bring lower crime rates.

Looking at gun laws, of course, only tell us some of the story when it comes to the prevalence of civilian firearms in a society. One must also take a look at illicitly-owned firearms, and the total number of firearms to be found overall.

In this years’ update to the Small Arms Survey, published by the Graduate Institute of International and Development Studies in Geneva, we find that civilian gun prevalence — legal and illegal — is not especially widespread in Latin America, even by European standards. 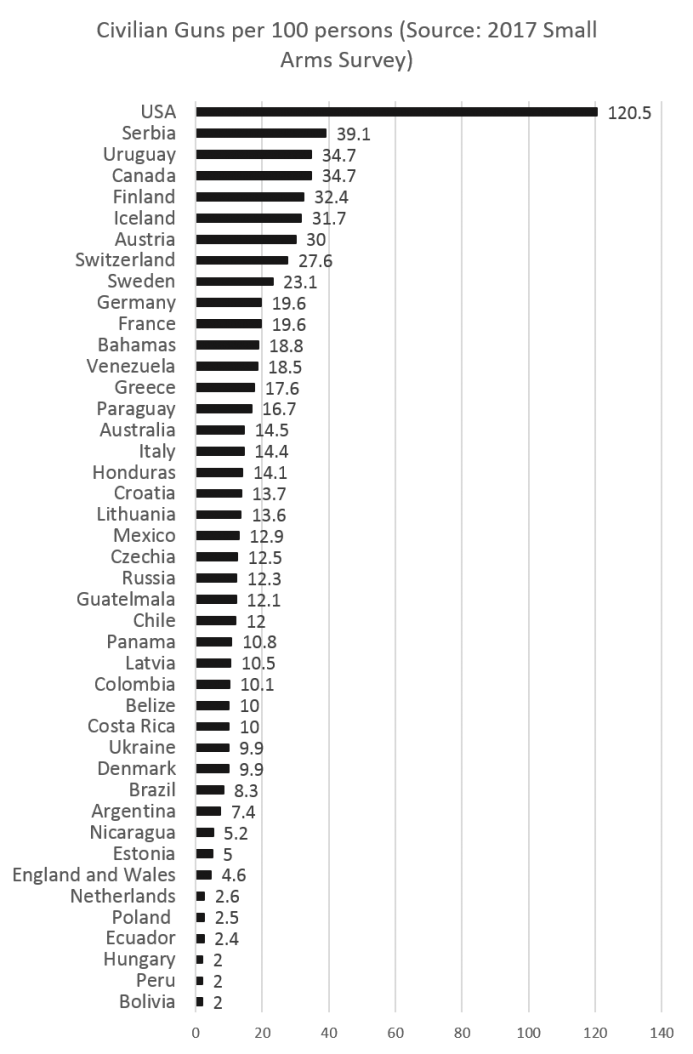 For example, according to the Survey’s estimates, there are only 12.9 civilian guns per 100 people in Mexico. Brazil’s total is even smaller, at 8.3 per 100 people.

Compare these numbers to any number of other countries with significantly lower homicide rates, whether Canada, Austria, Switzerland, or even Germany. (We need not even bring the US into it, which, of course, has a much, much higher gun prevalence, with relatively low homicide rates by global standards.) No Latin American country, with the exception of relatively-low-crime Uruguay, matches these totals in terms of gun prevalance. 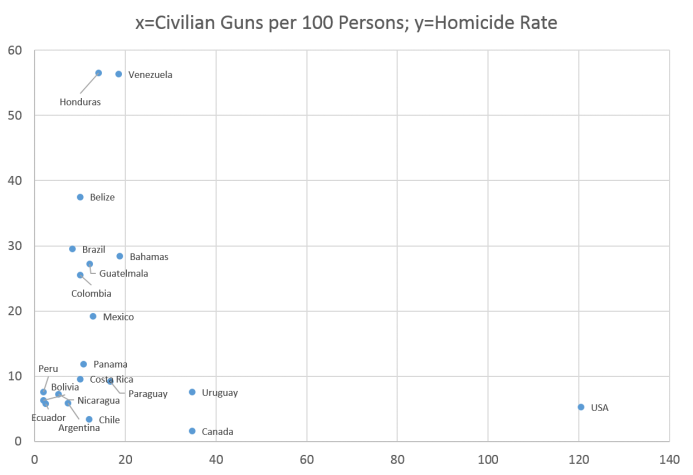 Looking at these numbers, we simply don’t see a cause and effect relationship between gun prevalence and a lack of homicide. Clearly, there are other factors at work, and homicides can’t actually be explained in convenient claims of “fewer guns, less crime.” 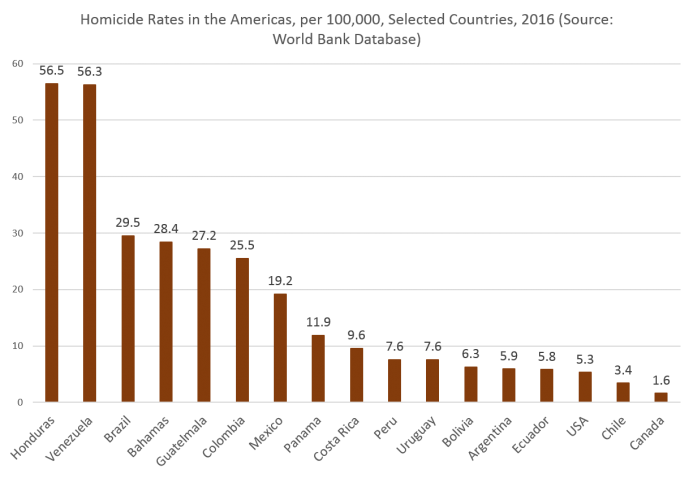 This reality in Latin America, however, is steadfastly ignored. As I’ve explained in past, the enduring high crime in Latin America, in spite of numerous gun controls, has often been explained away by use of the soft bigotry of low expectations. We’re told that Latin Americans can’t be expected to respond to a legal environment the same way a more “civilized” person in Europe might. Thus, we should just expect Latin Americans to behave like barbarians and engage in large amounts of homicide regardless of gun laws. Once the Latin Americans can be ignored, we can then more easily claim the US has higher homicide rates than the Europeans because — and only because — of the US’s liberal gun laws. All other factors are ignored. It then become[s] a self-evident “fact,” that all industrialized or “developed” countries with stringent gun control laws have low crime — assuming we ignore Russia, of course.

This position, convenient it might be for gun-control advocates, fails to satisfy anyone who regards Latin Americans as full-fledged human beings. After all, with the exception of Venezuela and some areas of Central America, Latin America is not a region of failed states or civil war. This is a region mostly at peace, and one that shares much in common — in terms of history, immigration, and ethnic diversity — with the United States.

Some gun-control advocates have attempted to get around this problem by claiming, without evidence, that Latin America really has large amounts of guns. For instance, in a bizarre 2015 article for Salon, the author claimed that Honduras, with its remarkably high homicide rate, is a pro-gun libertarian dystopia where anarchists have “load[ed] the country up with guns” and allowed people to obtain weapons freely. The result, we’re told, is non-stop violence.

This notion that Honduras is a place where enormous numbers of people carry guns, however, is pure fiction. According to the Small Arms Survey, the total number of guns per person in Honduras, at 14.1 per 100 people, is only a small fraction of what it is in the United States, and less than half what it is in Canada.

Similarly, some have tried to argue that Mexico’s homicide woes can be explained away by Mexico’s proximity to the United States. We’re told Texas is exporting huge numbers of illegal guns to Mexico.

Yet, research by Stratfor and the Small Arms Survey have shown that illegal guns in Mexico are usually brought into the black market by Mexican police and military personnel — from native stockpiles. They’re not imported by American gun runners.

Moreover, the Small Arms Survey includes illicit weapons, as well. And even counting these weapons, the total number of firearms in Mexico is very small compared to the US.

Although we hear relentlessly in this country that more guns lead to more crime, the experience of Latin America certainly doesn’t lend much credence to the idea. Advocates for gun control try to ignore Latin America and focus strictly on Europe, where they claim that low crime rates are synonymous with low levels of gun ownership. (Even this claim must exclude Russia, Switzerland, Ukraine, and the Baltics to be true.) By expanding our analysis to the Americas, however, we quickly find these claims are anything but self-evident.

This article was originally published at Mises.org. Ryan McMaken is a senior editor at the Mises Institute. He has degrees in economics and political science from the University of Colorado, and was the economist for the Colorado Division of Housing from 2009 to 2014. He is the author of Commie Cowboys: The Bourgeoisie and the Nation-State in the Western Genre.