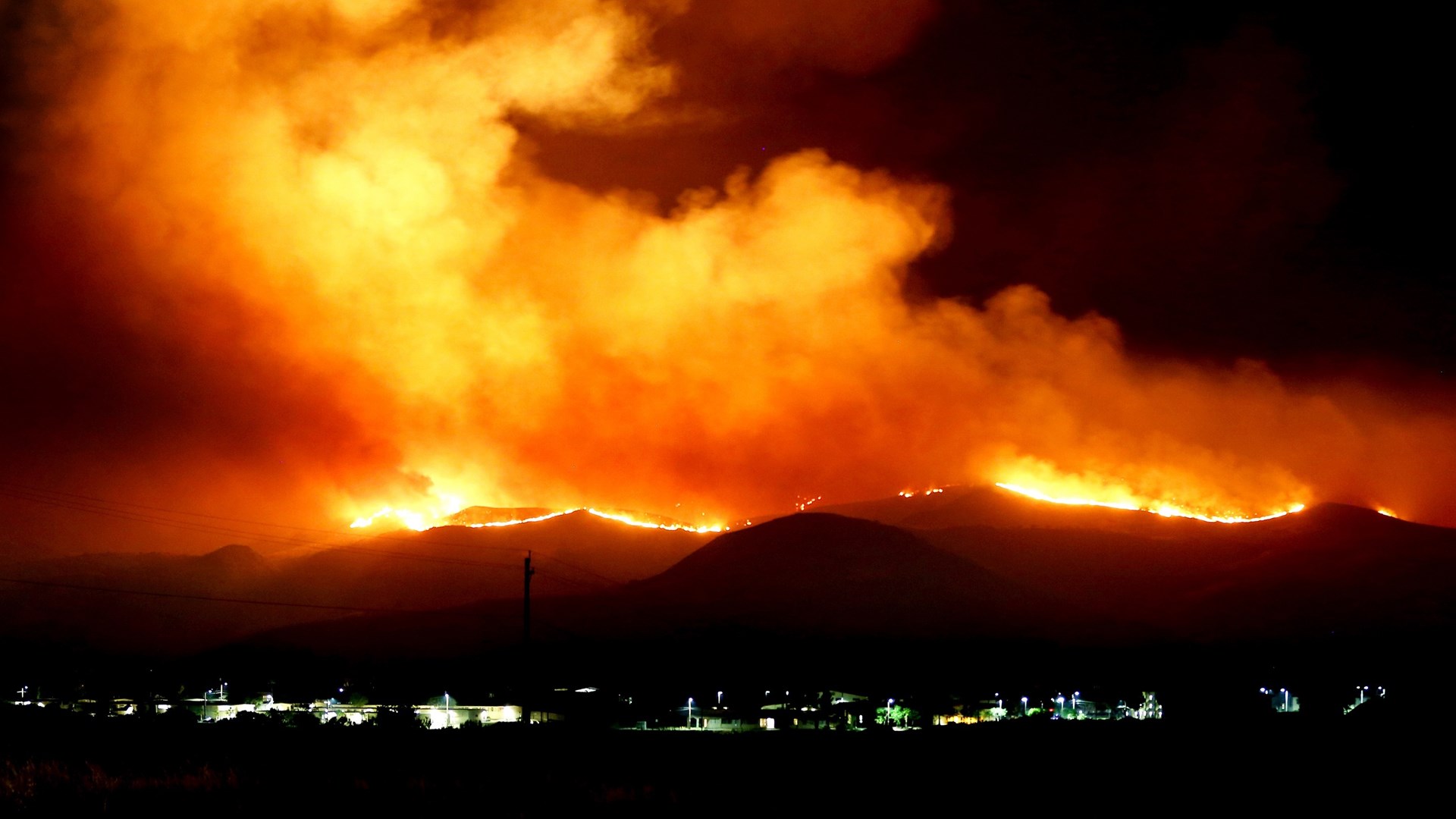 On November 8, a wildfire started in California. The “Camp Fire,” as it has been named, is still burning as of this writing and has already been called the deadliest and most destructive wildfire in California’s history. On the same day, the “Woolsey Fire” started in the Los Angeles and Ventura counties.

This is not the first time such a tragedy has struck. Ever since formal recording began in 1932, there have been numerous large fires that have collectively burned millions of acres, destroyed thousands of buildings, and killed dozens of people.

To understand why California burns but Baja California does not, consider the landscape of a forest. There are tall trees, and in between them, the forest floor is covered with shrubs, grasses, and dead wood, which are all easily combustible because of their low moisture content, whereas trees take longer to catch on fire because they contain more moisture.

In Baja California, when fires ignite on the forest floor, they are allowed to burn naturally. These low-intensity fires regularly clear out the forest floor and prevent the spread of large conflagrations. In California, on the other hand, there is an over-zealous policy that mandates extinguishing every fire, no matter how small.

This allows all the shrubs and dead wood to accumulate, facilitating the rapid spread of large fires later. Fires are less frequent in the forests of California, but if a flame manages to go undetected for a little while, the results are disastrous.

However, this wasn’t always the case. Minnich mentions historical accounts from the 19th century stating that California, too, had regular low-intensity fires similar to those in Baja California—before the current fire suppression techniques were implemented starting in the 1920s.

Surprisingly, I find myself in agreement with Donald Trump when he says officials in California are simply wasting money on fire suppression with little to show for it. Trump has threatened to stop federal payments to California, which seems like a good first step. After all, officials in Baja California have a far smaller budget than their Californian counterparts, which has prevented them from committing the same mistakes.

A far more sensible fire control regime would be to have small controlled burns regularly to clear out the forest floor in California. If there are concerns about burns being uncontrollable near residential areas, the forest floor can be cleared out manually. Almost any policy is better than the current game of whack-a-mole forest rangers are playing.

In the 1980s, there was a big financial crisis in the US known as the Savings and Loan Crisis in which a majority of Savings and Loan Associations (S&Ls) and over a thousand banks failed. How did this happen? Arthur J. Rolnick of the Federal Reserve Bank of Minneapolis blames the government’s deposit insurance.

In 1934, the Federal Deposit Insurance Corporation was established to protect the deposits of small savers. Initially, deposits in banks and S&Ls were insured for up to $5,000. This was increased gradually to $100,000 by 1980, meaning almost all the deposits were fully insured. Eventually, protection was extended to all the uninsured deposits, as well.

Essentially, the government eliminated the very possibility of bank runs, just like the over-zealous fire suppression in California. This created moral hazard. Banks and S&Ls started investing in high-risk assets, safe in the knowledge that the government would bail them out. The high-risk assets are akin to the shrubs and dead wood on the forest floor. And when panic struck, over a thousand banks failed (the wildfire).

Rolnick correctly claims that occasional bank runs impose discipline on banks. If banks know they must bear the entire cost of failure, they will take on less-risky portfolios. Thus, if an occasional bad bank fails, the failure will not be contagious. There is some empirical evidence for this.