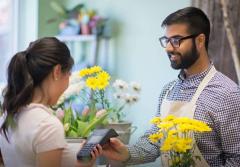 [This article was originally published at Mises.org on January 17, 2019 during the partial shutdown of the U.S. government.]

The stories are very diverse in topic. Some take a “human interest story” angle, simply looking at how the daily lives of some of these employees have been affected. Others look at the apparent injustice of the fact that some workers are “being told to work without pay.” Still other[s] suggest that the lack of federal paychecks will drive down economic growth figures. The number of ways to cover the story is quite large, and editors and journalists are apparently looking to see how many different options they can explore.

In truth, of course, virtually no one is working “without pay” since Congress has already approved a plan to provide nearly all affected workers with back pay. Nor is it mentioned that, on average, federal workers earn 17 percent more than private sector workers of similar education levels. Also not mentioned is the fact that the unemployment rate is at a historically low level — and thus changing careers is easier now than usual.

None of this, of course, is emphasized in the many media stories on the topic. Indeed, the usual slant of the articles is that federal workers somehow suffer more greatly than private sector workers.

Just imagine, though, if the media took a similar interest in small business owners and the self-employed in general. Would we then hear about the struggles of how the local Subway franchisee struggles to make payroll in the face of government regulations and taxes? Would we hear about how the local courier company with 23 employees had to cut wages — and thus lose some of his best employees — because tariffs (i.e., taxes) on autos has driven up his costs? Would we hear about how a new increase in the minimum wage forced the local mom-and-pop hardware store to increase prices, thus driving down revenues?

Here are some of the news leads we might see if this were the case:

EAST LANSING, Mich. (AP) — Small business owners have cut back hours and laid off workers as the result of new minimum wage requirements that went into effect last week. Lisa Cooper, a single mother of three who opened Bob’s Bar and Grille six years ago noted she’ll have to lay off some staff and raise prices on some menu items. “It will definitely take a cut out of our revenues,” Cooper said. “It looks like I’ll have to cancel music lessons for the kids this year.”

SEATTLE, Wash. (AP) — Mandatory paid family leave mandates have left some local business owners scrambling for ways to cover employee absences. New mandates passed by the state legislature went into effect last month. Rob Hunnicut, the broker-owner of Oak Realty is unsure how his employees will react. “This is a burden that will fall on all my employees,” Hunnicut said, after a staff meeting Thursday morning. “When some employees take paid family leave, that means everyone else in the office has to pitch in to do the same amount of work. Even worse, since we have to keep paying the employees on leave, we can’t afford to bring in temp workers.” Hunnicut noted he has often provided paid leave in the past when business was brisk. “But now things are different,” Hunnicut said. “With these rigid mandates, everyone who’s left in the office, including me, will just have to do with less, including those of us who already have small children at home.”

You get the idea.

This isn’t to say that the media never covers these topics. But it is fairly safe to say that beyond publications intended specifically for business readers, ordinary media outlets have rarely showed much interest in examining the plight of small business owners in a way similar to how they’ve been covering the effect of the current shutdown on federal workers. Rarely does mainstream coverage emphasize the daily problems that small business owners face in providing payroll for workers (and themselves), meeting customer demands, and keeping the lights on.

Moreover, business owners face these sorts of problems daily — and every time a government hands down a new regulation tax or mandate — while federal employees rarely face the sorts of uncertainties over income that are common in the private sector.