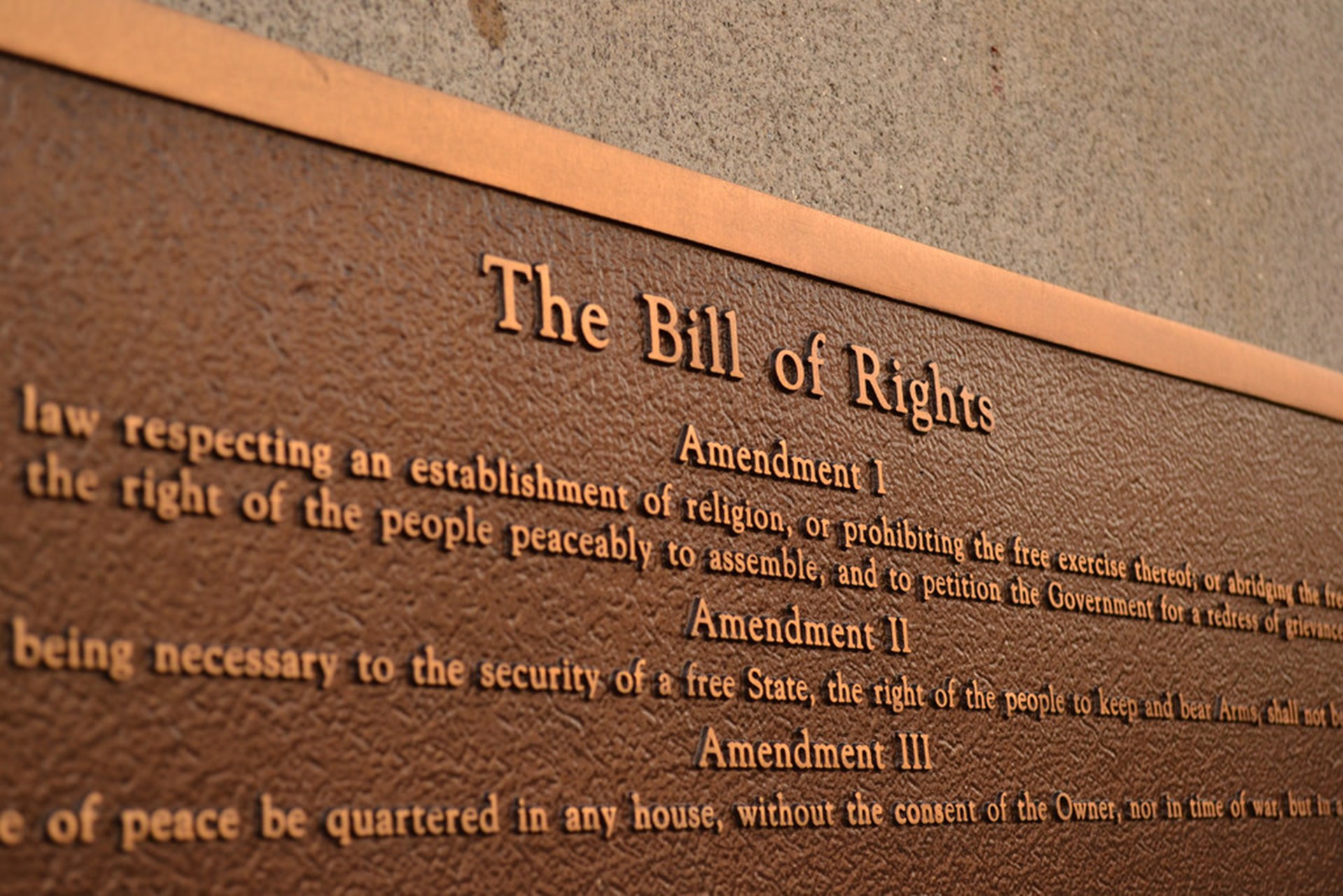 [This article was originally published at Fee.org. Lawrence W. Reed is president of the Foundation for Economic Education and author of Real Heroes: Incredible True Stories of Courage, Character, and Conviction and Excuse Me, Professor: Challenging the Myths of Progressivism.]

“That all men are by nature equally free and independent, and have certain inherent rights, of which, when they enter into a state of society, they cannot, by any compact, deprive or divest their posterity; namely, the enjoyment of life and liberty, with the means of acquiring and possessing property, and pursuing and obtaining happiness and safety.”

George Mason, in the Virginia Declaration of Rights (1776)

“Rights” are in the news these days perhaps as much as they were in George Mason’s time. As a score of politicians prepares to announce their 2020 campaigns for President of the United States, we can expect “rights” to be in the news every day, as they are promised to us one after another. “You have a right” to this or that and “If elected, I’ll make sure you get it” will soon be monotonous refrains.

America is a nation founded on the notion of rights. Our independence was declared in 1776 on a foundation of “unalienable” rights granted to us not by mortal authorities but by the Creator himself. Our ancestors rebelled against the British because they believed that such rights as “life, liberty and the pursuit of happiness” were being thwarted by oppressors in London. Our founding documents were put forth specifically for the purposes of securing and protecting rights. Battles both intellectual and physical were fought in the ensuing decades to ensure that rights remained a priority of government or were extended to people not originally included.

So this business of rights is indistinguishable from the American experience; indeed, it is at the very core of that experience. Remove rights from the equation, and America is just one of countless countries—past and present—in which individuals possess nothing more than what those in power decide to give them or allow them to have.

Despite the centrality of rights in American history, it’s readily apparent today that Americans are of widely different views on what a right is, how many we have, where rights come from, or why we have any in the first place.

Is a right the same thing as a wish? Why or why not? Or if you need something, does that mean you have a right to it? If I require a kidney, do I have a right to one of yours? Is a right something that can or should be granted or denied by majority vote? Does a document such as the Constitution or an executive order or a law of Congress create rights, or do such paper instruments simply acknowledge rights (by either defending or eroding them) that people inherently possess?

If you walked down Main Street America in 2019 and asked random citizens these very questions, I’ll bet you’d hear a plethora of different and conflicting answers. Read over those questions again and think about how you would respond.

This essay doesn’t provide all the answers, nor does it raise all the relevant questions. Its purpose is more limited than that. If it prompts the reader to think of rights in a deeper, more thoughtful way than heretofore and then contribute to the public discourse on the subject in a meaningful way, then it’ll achieve my purposes. I’ll even include a recommended reading list at the end.

I’ve given this subject some thought over the years and feel confident in providing the reader with a couple of lists to consider. The first one itemizes what I personally think you have a right to; the second is a partial roster of things I personally think you don’t have a right to (and I readily grant that you have every right to disagree with me).

You have a right to:

You do not have a right to:

Of course, gray areas and reasonable qualifications exist. For example, while I believe you do have a right to raise and educate your own children as you see fit, abuse and neglect are not defensible. But let’s keep our eyes on the big picture, the broad principles here.

Answer: In the case of the first list, nothing is required of other people except that they leave you alone. For you to have a right to something in the second list, however, requires that other people be compelled to provide that something to you. That’s a monumental difference!

The first list comprises what are often called both “natural rights” and “negative rights”—natural because they derive from our essential nature as unique, sensate individuals and negative because they don’t impose obligations on others beyond a commitment to not violate them. The items in the second are called “positive rights” because others must give them to you or be coerced into doing so if they decline.

The late Tibor Machan, who wrote many articles for FEE in the 1970s and 1980s, elaborated on this distinction in “The Perils of Positive Rights”:

“Positive rights” trump freedom. According to this doctrine, human beings by nature owe, as a matter of enforceable obligation, part or even all of their lives to other persons. Generosity and charity thus cannot be left to individual conscience. If people have such positive rights, no one can be justified in refusing service to others; one may be conscripted to serve regardless of one’s own choices and goals.

If positive rights are valid, then negative rights cannot be, for the two are mutually contradictory.

The existence of “negative rights,” wrote Machan, “means that no one ought to enslave another, coerce another, or deprive another of his property; and that each of us may properly resist such conduct when others engage in it.”

So while I believe neither you nor I have a right to any of those disparate things in the second list, I hasten to add that we certainly have the right to seek them, to create them, to receive them as gifts from willing benefactors, or to trade for them. We just don’t have a right to compelanyone to give them to us or pay for them. If any of us did, then why wouldn’t another individual have a similar right to take them from us?

The Constitution’s Role in Rights

What about “constitutional rights,” a phrase we hear from people on all sides of the political spectrum? I like what Michael Badnarik said about them in his 2004 book, Good to be King:

People are usually surprised to discover that I hate the phrase “constitutional rights.” I hate the phrase because it is terribly misleading. Most of the people who say it or hear it have the impression that the Constitution “grants” them their rights. Nothing could be further from the truth. Strictly speaking, it is the Bill of Rights that enumerates our rights, but none of our founding documents bestow anything on you at all […] The government can burn the Constitution and shred the Bill of Rights, but those actions wouldn’t have the slightest effect on the rights you’ve always had.

If you’re motivated to explore further the nature, origin, meaning, and extent of rights, then you’re on the right website. Over decades, FEE has published many articles by numerous authors on just this matter. I close with a recommendation of 10 of the best:

Of Rights: Natural and Arbitrary by Clarence Carson

Is Health Care a Human Right? by Trevor Burrus

No Rights Without Property Rights by Frank Chodorov

Rights Vs. Entitlements by Steven Yates