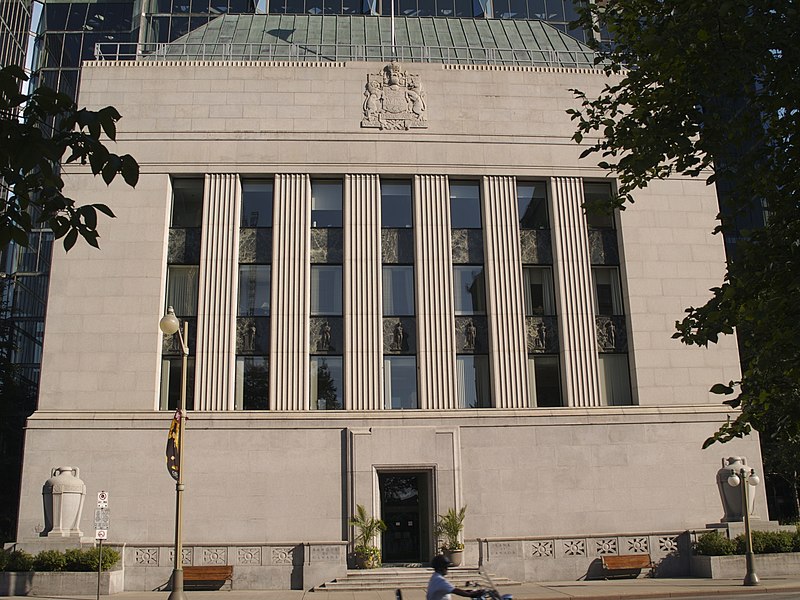 The Bank of Canada (BoC) announced today that it is maintaining its target for the overnight rate at 1.75 %. The next rate announcement is scheduled for April 24th, by which time it will have been six months since the BoC’s last rate increase.

The BoC’s mandate “is to conduct monetary policy to promote the economic and financial well-being of Canadians.” It conducts this policy through the buying and selling of financial assets and manipulation of the aforementioned interest rate. Unfortunately, the BoC’s actions appear to be counterproductive.

For more than a decade, the BoC’s low interest rate policy has punished savers, thus reducing their “economic and financial well-being.” Low rates have also enticed home buyers who are burdened with high cost mortgages when the BoC arbitrarily decides to force interest rates higher, a process it began almost two years ago.

Starting from a level of 0.5 % in July of 2017, the BoC raised the interest rate by a quarter point on five separate occasions. As the BoC rate rises, so do interest rates on mortgages and other consumer debt. Analysis of historical data reveals “a two-year lag between the time interest rates began to rise and when consumer insolvency filings start to increase.” Sure enough, in a December, 2018 survey, forty-six per cent of Canadian respondents “said they’re within $200 of insolvency every month,” up six percentage points from the September, 2018 survey. Furthermore, thirty-nine percent of respondents “said they’re worried they’ll be pushed into bankruptcy if interest rates rise any higher.” And this is in environment where bankruptcies were already up 15 per cent in the last half of 2018.

Clearly, the BoC’s actions are not promoting “the economic and financial well-being of Canadians.” In fact, these actions appear to be producing the opposite effect.

The Bank of Canada’s Real Purpose

Perhaps the BoC’s official mandate is not its primary purpose. After all, it is failing so miserably to achieve this mandate, surely this must be by design.

The best way to ensure the highest possible level of “economic and financial well-being” for the greatest number of people is for the government to refrain from limiting the voluntary choices and actions of all individuals i.e. to allow the operation of unhampered markets, intervening only to prosecute actual incidents of violence and fraud. Unfortunately, to satisfy the desires of special interest groups, the government restricts, intervenes, and interferes with activities on the free market in a myriad of ways. The most egregious of these interventions is the monopoly over money and banking which the government grants to the banking system, administered by the Bank of Canada.

“Borrowers and lenders … bear the ultimate responsibility for their own decisions at the individual and firm level.  It is not the role of monetary policy to protect individuals from making bad choices.”

Nor will such future bailouts be a precedent setting event. To this day, there remains a widespread misperception that the Canadian banking system is rock solid, head and shoulders above the rest of the world, never in need of financial assistance. This is pure myth. Canadian officials are simply less transparent than their foreign counterparts. Five banks dominate the Canadian market, and at the height of the financial crisis (2008 – 2010), they were all in deep trouble. Each of them received massive bailouts from the Canadian government, the Bank of Canada, and the U.S. Federal Reserve. Thus, the banks got their profits, their CEO’s got raises, and taxpayers got shafted.

Over the years, the activities of the BoC and the fractional-reserve banking system have continually suppressed the link between savings and production, thus creating an increasingly unhealthy economic foundation as lines of production become further and further removed from where the free market would have set them. As Jesus Huerta de Soto wrote:

The most serious consequence of banks’ creation of loans is the following: to the extent loans are granted without the corresponding backing of voluntary saving, the real productive structure is inevitably distorted and recurrent economic crises and recessions result.[1]

“Manic-depressive” economic activity, with all of its heavy, painful social costs, is undoubtedly the most severe, damaging effect the current banking system (based on a fractional reserve, in violation of universal legal principles) has on society.[2]

Canadians owed “almost $1.74 [in debt] for every dollar of disposable income in the third quarter of 2018.” This ratio is higher than the U.S. ratio was at the onset of the financial crisis. Artificially low interest rates and a BoC balance sheet which is close to an all time high are symptoms of an unhealthy economic foundation.

However, in early January, the BoC spoke of a Canadian economy “that has been performing well overall. Growth has been running close to potential, employment growth has been strong and unemployment is at a 40-year low.” If all this is true, why are interest rates still far below what might be considered historically normal? And why does Poloz repeatedly tell us that rates must move higher, yet he continues to delay the process? Perhaps the economy is not nearly as strong as the BoC’s experts suggest.

Perhaps it is time to demonopolize money and banking, thereby subjecting these matters to the competitive marketplace. Unencumbered by the government’s regulatory favouritism, the market imposes a high level of accountability, thus ensuring that charlatans are swiftly cast aside.