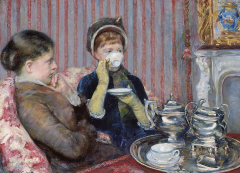 Children working in factories with hazardous working conditions in pollution ridden cities are some of the images historians enjoy using when covering the Gilded Age of American history — the period following the American Civil War up until the early 20th century.

If we took court historians’ interpretations at face value, we’d be under the impression that the Gilded Age was a precarious hellscape. To them, government intervention was the savior that swooped in and rescued the United States from the horrors of capitalism during this period.

Objective analysis of this period, however, proves otherwise. In fact, the so-called Gilded Age was an era of unprecedented prosperity. The US went from an agrarian country to an industrialized country in a matter of decades. This growth was achieved with little to no government intervention.

But why do historians insist on demonizing this era and putting forward portrayals that belong in a page of a Marvel comic, rather than a serious history textbook?

Conventional history has done the Gilded Age a historical injustice. For starters, this term originates from Mark Twain and Charles Dudley Warner’s novel The Gilded Age: A Tale of Today which satirized the post-Civil War economic expansion. This novel portrayed the economic expansion as a thin gilding that masked pervasive social problems. But when scrutinized properly, the “Belle Époque” would be a more apt description for this era.

Many of the present-day wonders we currently enjoy came from innovations that emerged during the Gilded Age — electric lighting, public sanitation, railways, and telecommunications; just to name a few. Contrary to what the history books say, a gargantuan administrative state was not necessary to achieve all of this.

But to the average court historian, state control is the main driver of progress. According to them, private interests do not care about the “common good” and must be subject to government control. The idea of a United States with a small bureaucracy and few laws on the books seems unfathomable.

However, this was the case throughout most of the latter half of the 19th century, where the absence of several governmental institutions stood out in particular.

The Gilded Age was noted for the US government’s adherence to the gold standard. Derided by Keynesian critics “as obsolete as the horse and buggy,” the gold standard served America and the rest of the West well throughout the Gilded Age. Ludwig von Mises was one of the champions of sound money and understood the indispensable role it played in developing the West:

The gold standard has one tremendous virtue: the quantity of the money supply, under the gold standard, is independent of the policies of governments and political parties. This is its advantage. It is a form of protection against spendthrift governments.

The gold standard was an engine for economic growth that also doubled as a check against the government’s ability to go on massive spending binges. With central banking making a fierce comeback in the early years of the 20th century, governments could then turn to the printing presses to help finance unsustainable warfare and welfare programs.

For many, the idea of no alphabet soup of government agencies would be a disaster waiting to happen. Wouldn’t society collapse without an income tax?

“Taxes are the price we pay for civilized society” has become a cliché expression statists use to justify their universalist agendas. Most of the population has taken the income tax as a universal constant. What most don’t know is that the US didn’t have an income tax throughout most of its history up until the height of the Progressive Era.

The sole exceptions were the passage of the Revenue Act of 1861 during the American Civil War and Wilson-Gorman Tariff Act of 1894, which had income tax provisions in it. However, Civil War era income taxes expired by the early 1870s and the Supreme Court struck down the income stipulations of the Wilson-Gorman Act in the Pollock v. Farmers’ Loan Trust Co. decision.

Before the income tax became the norm, basic government infrastructure was financed through user fees and relatively high tariffs. That being said, the overall tax and spending burden were much lower compared to present times. Currently, the American taxpayers must bear with a convoluted tax code of income, payroll, and corporate taxes. These are the political class’s go-to tools in financing their sweetheart government programs.

Once a country that did its best to follow George Washington’s advice of avoiding entangling alliances, the US rapidly became the world’s policeman after World War I.

This was in stark contrast to Gilded Age era government like Grover Cleveland’s administration. Throughout Cleveland’s administration, the question of Hawaiian annexation was at the forefront of foreign policy discussions. The previous administration of Benjamin Harrison crafted a treaty paving the way for Hawaiian annexation despite the questionable manner in which the treaty was procured. All the treaty needed was the Senate’s stamp of approval. Cleveland, however, courageously stood in the way of this treaty.

In Recarving Rushmore, Ivan Eland expands on President Cleveland’s prudence regarding the question of Hawaiian colonization:

But Cleveland, from an older anticolonial generation, knew that most Hawaiians didn’t agree with the U.S.-assisted coup there and didn’t want to be part of the United States. He believed the treaty was unscrupulously obtained and contravened the right of true self-determination as explicated in the Declaration of Independence.

This was in stark contrast to the modern-day Democrat Party which has started major conflicts such as World War I, World War II, and the Vietnam War. The Republican Party is no better, with George H.W. Bush capping off intervention in Iraq, with his son, George W. Bush later returning to further destabilize the country.

Enormous permanent military programs, just like their domestic program counterparts, have become a baseline feature of the ever-expanding government apparatus. Any suggestion of a non-interventionist foreign policy is met with scorn and derision from DC think-tanks.

The absence of these policies is only the tip of the iceberg. Plenty of other agencies and laws that seems like permanent features of American politics like Medicare and Social Security did not exist during the Gilded Age. In industrious fashion, however, Americans still found ways to provide for the needy through mutual aid societies. During this period of limited government intervention, government spending only accounted for less than 3 percent of total economic output, a far cry from today’s fiscal time bomb in Washington.

Regardless, US economic growth did not miss a beat. Economist Robert Higgs recounts how from 1869 to 1908 the US capital stock grew from $27 billion to $165 billion. Such increases in the capital stock allowed for improved worker productivity, thus making society wealthier. With time, the US would join countries like the United Kingdom as economic powerhouses and lead the way as an innovator during the Industrial Revolution.

Regardless of its flaws and shortcomings, the Gilded Age’s enormous gains in incomes and standards of living showed what individuals were capable of creating when the government was shackled.

This article was originally published by the Mises Institute.